HIS political activity extended his love of teaching and learning beyond the realm of traditional politics. It’s an uplifting journey, a journey in which her passion blossoms into a dynamic platform from which she can help people from all walks of life. She successfully transitioned from the familiar classroom to the largest classroom in life.

In embarking on his political journey 21 years ago, Dato Sri Fatimah Abdullah boldly took up the challenge after considering many other factors. She didn’t know much about politics at the time and throughout her teaching career she had hardly ever come across politicians.

She had no intention of entering politics, even when she was nominated to run in the 2001 state elections by the current Yang di-Pertua Negeri Sarawak Pehin Sri Abdul Taib Mahmud, who was the Minister in leader at the time. At the time, she was preparing her doctorate in education at the Universiti Malaya (UM) in Kuala Lumpur.

Handpicked to stand on

The 44-year-old mother of two adult children was seen as the most suitable candidate for the Dalat state constituency by the then chief minister, who was known for his efforts to bring in qualified women to enter. in politics as an advocate for the status of women. progress.

Fatimah was past motherhood and came from a rural background with a college education.

“Today, as I reflect on the criteria of the former Chief Minister, I see his values ​​which emphasize the importance of the role of mothers. In my ministry, we advocate a stable family institution.

“It is the foundation for the well-being of a family and the community as a whole,” said Fatimah, who is now Sarawak’s Minister for Women’s Development, Children and Community Welfare.

The Minister walks around with a bag of compassion like a caring mother, sister or daughter, empathetic towards rural populations in particular. The photo shows an old Iban woman saying to Fatimah, “You are my daughter!”, during a visit to a longhouse at Nanga Baoh in Dalat.

With a master’s degree in education from the University of Bristol, England, and pursuing her doctorate on a government scholarship, Fatimah – then headmistress on study leave – was convinced she had found her niche. Teaching was his passion, his strong point and a childhood dream.

So when the then-Chief Minister’s representative approached her about running for the 2001 state election, she was at a loss for answers.

“I felt that I belonged in the field of education. If I worked hard consistently, I could complete my doctorate in three years. So the policy was out at the time,” she recalls.

“During my time, I knew a number of women from my village in Dalat constituency whom I saw do the trick. So I gave the representative a list of recommended names as potential candidates since I was not up for it.

“Six months later he came back to tell me that the chief minister was still hoping for me to show up.”

While she was honored to be chosen, it was difficult for her to give up her dream profession and education in exchange for what she considered uncharted territory. She discussed with her husband, her two children and finally her stepfather to find out if she should really accept the offer, which would force her to give up both her job and her studies.

They all said yes – without hesitation.

The passion to serve people

Her passion for serving people stood out even as an educator during the 20 years of her teaching profession. That was what they saw in her, as they described “you’re good with people”.

And with her experience and perspective as a woman from a rural background, they were convinced that she would do well to help rural people, especially women, and contribute to the state as a whole. .

Their reasons inspired and motivated her to take up the challenge.

Fatimah reiterated what her husband, Datu Dr Adi Badiozaman Tuah, told her: “Take it as a privilege to be able to serve the community.”

Looking back on those defining moments, she remarked, “If he had said ‘no’, I wouldn’t have had the confidence to run because that would mean I wasn’t deemed suitable for the nomination.

“I trusted his judgement.”

Consequently, she gave up her teaching career and her studies to make her debut in politics.

Fatimah was ready for new challenges after winning the 2001 state election by a landslide. She would do her best as a representative of the people.

True to her commitment, the MP for Dalat has since proven her credibility as a leader of the people.

Her years of experience as a teacher support her in fulfilling her political duties to the people. This manifests itself in many ways when she deals with rural women, especially when she has to commit to empowering them to improve their lives.

She is widely perceived as someone who thinks and acts in a way that does not reflect the conventional personality of a politician. Going out and occasionally breaking rigid political boundaries in order to reach people and listen to their hope and inspiration are traits that come naturally with Fatimah.

“Now I know how important it is for a politician to be able to get along with people. People orientation is an important trait that all politicians should have,” she stressed.

Now the Minister of State also understands why she always loved being a teacher, even as a young girl. She had also thought about becoming a flight attendant or a nurse for that matter. “These three vocations are about serving people after all,” she added.

Fatimah (fourth from right) with some of the Sarawak Women and Family Council members. To his left is his Deputy Minister I, Datuk Rosey Yunus.

Being in politics helps him discover more of his true passion and propensity, allowing him to develop them immensely.

“Contrary to what I once perceived, getting involved in politics opens many doors of opportunity to deepen my passion for empowering people through education.
“Service policy is good. You can help many people, especially through the ministry I am in now.

“For this, I am grateful to our Prime Minister (Datuk Patinggi Tan Sri Abang Johari Tun Openg) and his predecessors. I see this ministry as the best place where one can serve people,” Fatimah said.

It was not love at first sight for her and politics – she debuted with concern.

All of that, however, is now a thing of the past and as she devotes herself assiduously to her profession, she has become “Dalat’s darling and a beloved female minister.”

Her tenure as a woman in the Assembly has been marked by rapid growth in her district, and her name has become synonymous with it.

Fatimah’s genuine humility is a distinctive trait that endears her to the public, especially the poor and needy, as she reaches out to them and learns firsthand about their struggles and expectations.

As Minister of State for Women, Children and Community Welfare Development, she maintains close ties with non-governmental organizations (NGOs) and many women’s organizations as they are all committed to improving the well-being of the community.

She has a lot in common with them.

Having served the ministry for 15 years, she seems to have a lasting friendship with women in various institutions as well as the Sarawak Women and Family Council, of which she is also the president. Suffice it to say that his good rapport with them has been one of the attributes that contributes to his ministry’s effectiveness in reaching out to people and getting things done.

As Minister, Fatimah pays particular attention to the pressing issues of stateless children, teenage pregnancies and the aging society as she works on them constantly. These are some of the questions that are close to his heart.

There is visible progress in the case of stateless children. The Sarawak Cabinet has decided to provide all forms of assistance in its power to these children, such as providing them with access to educational and health facilities, while their application for citizenship is considered by the Ministry of Education. ‘Interior.

Fatimah also urged the Sarawak government to control the issuance of citizenship to stateless people born in Sarawak, especially children.
“As an autonomous region, we should have special power to resolve the issue of stateless people ourselves.”

“We always advocate for better representation of women at decision-making levels in all sectors. There are a lot of factors involved in this area and I have to admit we still have a lot to do here.

“There is also a need for us to help women achieve financial independence, whether in urban or rural areas. Moreover, the level of education must be raised.

“Even if we want to be able to achieve better representation at the decision-making level, we have to make sure that we have a better level of education.

“We also need to be better equipped with knowledge about scanning technology. In this regard, the digital literacy gap needs to be addressed.

The Minister’s program also includes Empowerment of Persons with Disabilities (OKU). Fatimah, as Minister for Welfare, Community Welfare, Women, Family and Early Childhood, takes an active interest in issues raised by NGOs and individuals, often with deep empathy, and does everything she can to help.

Fatimah and the writer taking a break during their interview.

She walks around with a bag of compassion, like a caring mother, sister or daughter, empathetic towards rural people in particular. Fatimah is a communicative and empathetic leader who demonstrates empathy, resilience and decisiveness in her leadership.

Her “cute little girl”, however, peeks in from time to time, especially when she’s having a good time with her friends. Fatimah has never looked back since entering politics 21 years ago. She believes in carrying out any responsibility given to her to the best of her ability as a God-fearing Muslim, especially when it comes to the people.

Her distinguished record as a representative of the people and a leader has earned her respect and trust. This manifests in his landslide victory in every state election – the last in December 2021 was won with a large majority.

What began as a hesitant move into politics turned into a humbling journey for Fatimah, with the prospect of serving and expanding the scope of humanizing societal advancement.

She connected with local people, drawing strength and inspiration from them to meet their needs and aspirations on a larger scale.

Fatimah sees it as a path of collaboration with the community and NGOs in the pursuit of shared values ​​and the advancement of human life. 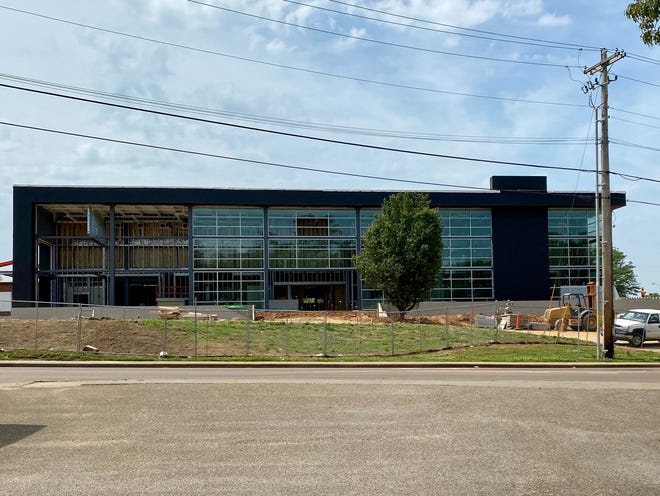 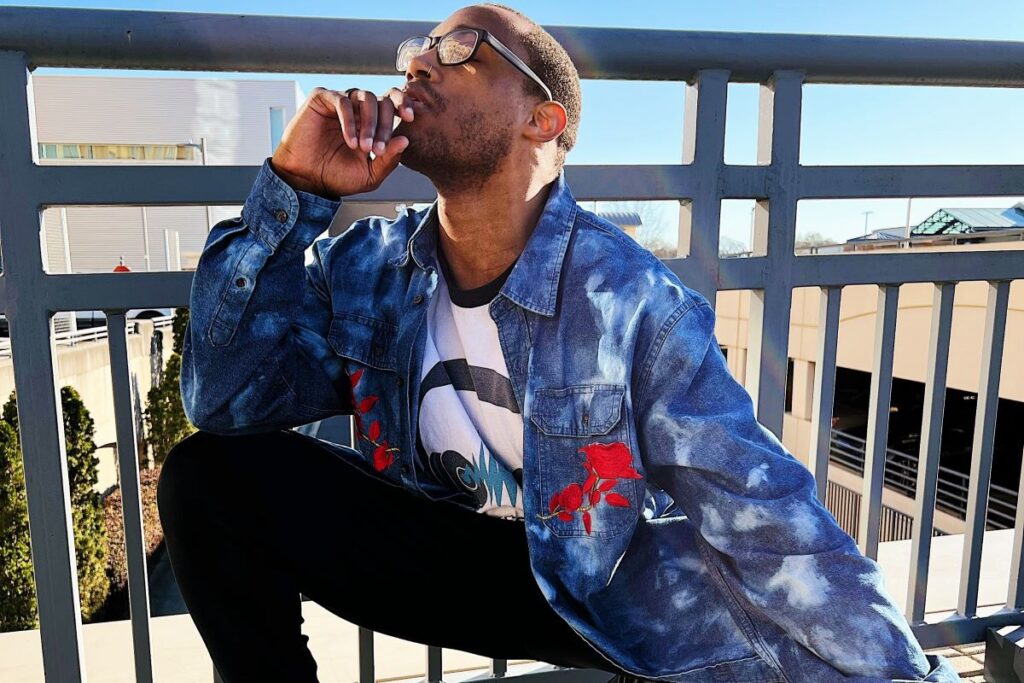 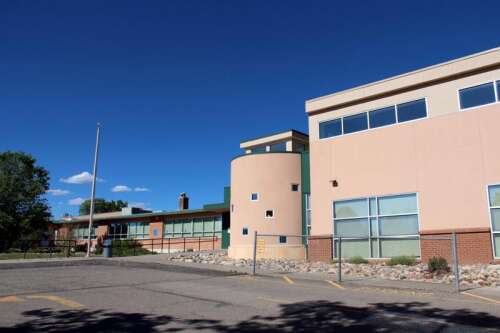 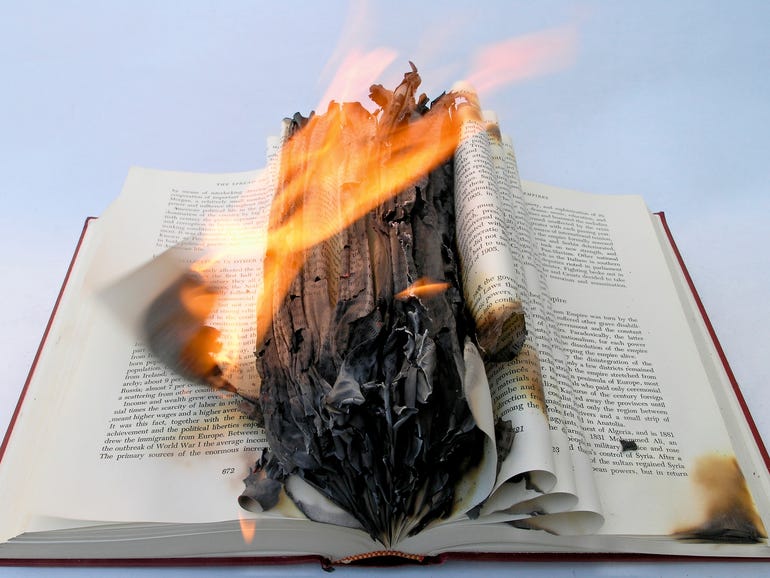